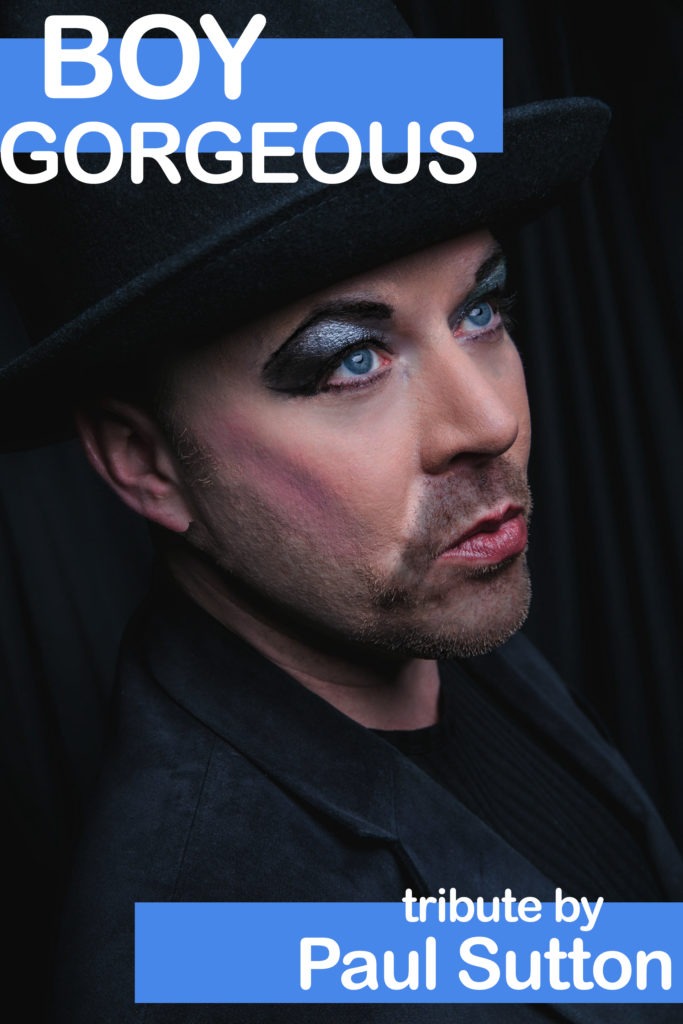 Superb solo tribute to Boy George and the hits of Culture Club. This can also be combined with an 80’s pop set to make it the perfect 80’s themed entertainment for any event wanting recreate the 80’s.

Since appearing on Stars In Their Eyes in May 2000, Paul Sutton has become one of the hottest tribute acts around and is regarded as the No.1 Ronan Keating act in Europe. With having a close vocal and physical resemblance became the deciding aspect which has now made Paul Europe’s most popular and prolific singing sensation.

Due to Paul’s vocal talents and been the most convincing Look-alike and sound-alike on the market, he was asked to return to Stars In Their Eyes in December 2000 for a Christmas Special. Little did he know that this day would change his life when he won the show and his career would escalate allowing him to perform all over the world.

In 2015 he then embraced a new challenge in the pursuit of his new additional tribute ‘Boy Gorgeous’. He has been successfully touring this show all over the UK and abroad. Performing in casinos, restaurants, hotels and many more.