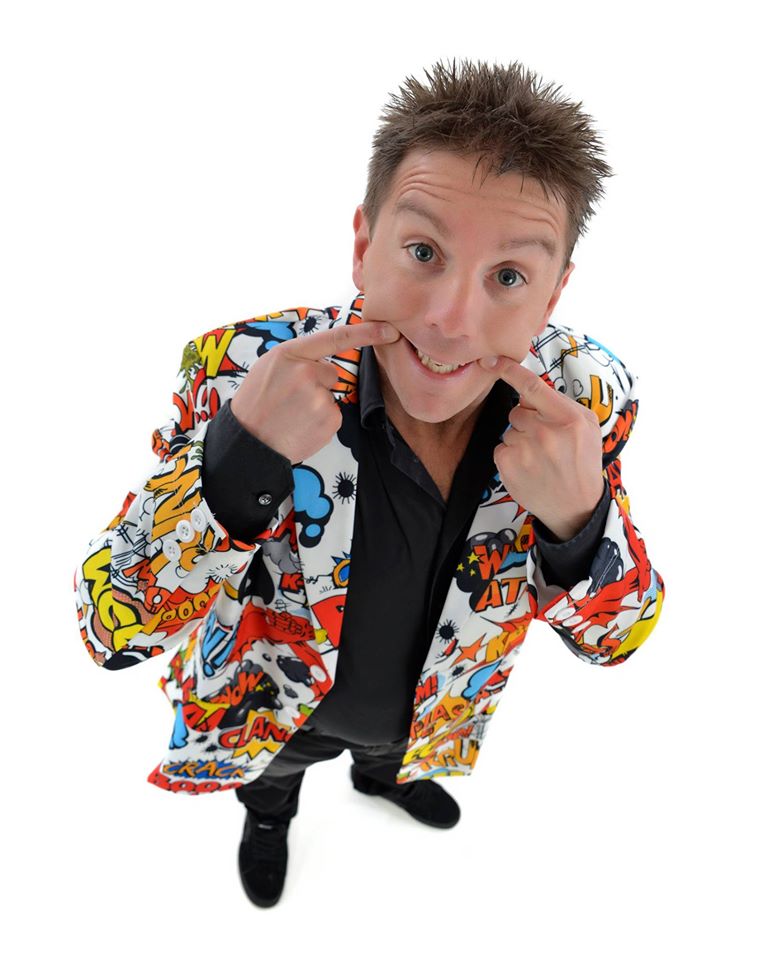 Born in West London, PJ is now based in the Midlands and travels extensively throughout the UK. In fact he has been known to take his talents overseas as well. PJ has worked for many years on the Holiday Park circuit, mainly on the south west coast of England. He has worked in Family Resorts in Spain as well as venues in Russia & Sweden. Performing for BBC’s “Dragons Den” star Deborah Meadon as well as other great British institutions:
Butlins (Red Coat), British Holidays, Park Dean, Park Resorts, Ted UK, Metropolitan Police, West Mercia Police, Brittany Ferries, as well as many shopping centers in the country.

A Children’s & Family entertainer jammed full of nutty slapstick comedy,
lot’s of belly laughs and a touch of magic!

PJ can adopt to suit your venue and as an experienced entertainer, he has the ability to run an evening of entertainment or
perform his popular, Crazy Cabaret Show (45/60 minute variety show)

Book PJ for your next event. I guarantee you won’t be disappointed.